$49.99 MSRP – Available on Amazon.com and other retail locations and websites 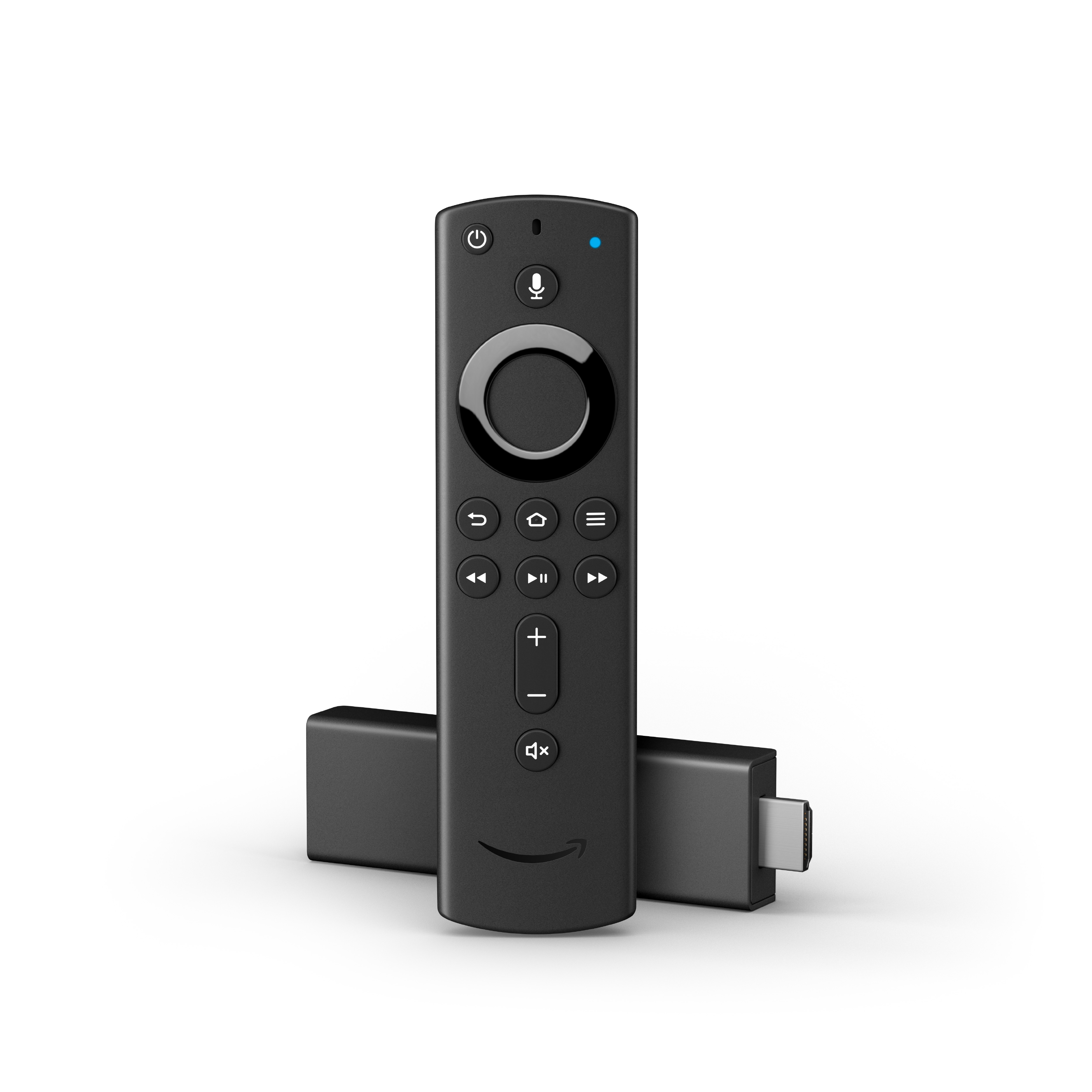 The Amazon Fire TV Stick 4K is a great addition to the Fire TV family as it adds two features users have long been anticipating: volume and power control.

The power button has been added to the top-left while the volume buttons were added to the bottom of the new next-gen Alexa Voice Remote. All of the other buttons remain in their same position as older Fire TV remotes. It also includes the next generation of Alexa technology that allows for seamless voice search options. Hold down the microphone button at the top and say “Play Parks & Recreation on Netflix,” for example, and the show will begin playing (assuming signed in to an active Netflix account). Alexa can also show linked live camera feeds, check the weather, dim the lights in an Amazon Smart Home, and stream music – all through voice control.

The new Fire TV Stick 4K features an improved WiFi antenna that is optimized for 4K Ultra HD streaming along with a faster processor that navigates quickly throughout the interface. Audio quality is improved as well with the addition of Dolby Atmos support.

At a price of $49.99 MSRP, the Fire TV Stick 4K is a bit more expensive than previous Fire TV Stick models, but is still one of the cheapest options for streaming devices, and provides huge value for the cost.


Go back to news feed.

BCT History and Mission
What is a Co-Operative?
Company News
Co-Op Connections